First recording of brain waves of a dying person

Does life end with energetic fireworks in the brain? Author: Gundolf Meyer-Hentschel

For the first time, doctors were able to record the brain waves of a dying person. Analysis of the data showed a brainwave pattern similar to those that occur during dreaming, remembering and meditation. According to the doctors, this is the first physiological evidence that accounts of people who have had a near-death experience can be realistic.

The EEG data suggest that our brains can remain active and coordinated for a short period of time during and even after the transition to cardiac death. During this phase, life memories and dream-like experiences could occur.

An 87-year-old patient had been admitted to the University Hospital of Tartu, Esland. after a fall with two sudural hematomas. After surgical removal of the larger of the hematomas, complications developed on the third day after surgery.

In the course of further treatment, an EEG was recorded. During this recording, the patient suffered cardiac arrest and died. This unexpected event marked the first time that the activity of a dying human brain was recorded at brain death.

The evaluation and interpretation of brain waves (EEG)

Thirteen scientists from Estonia, Canada and the United States were involved in the analysis of the data and the interpretation of the results, which were published on February 22, 2022.

A total of 15 minutes of EEG recordings were available. In their analysis, the researchers focused on 60 seconds, 30 seconds before and 30 seconds after the onset of cardiac arrest.

The findings about the brain waves of a dying person

Dr. Ajmal Zemmar, a neurosurgeon at the University of Louisville, USA, who was the study’s organizational coordinator, says, “Just before and after the cardiac arrest occurred, we saw changes in a specific band of neuronal oscillations (brain waves) called gamma oscillations, but also in other wave bands such as delta, theta, alpha and beta oscillations.”

In making this comparison, the authors of the current study refer to a 2013 study at the University of Michigan in which brain activity was recorded in rats using implanted EEG electrodes until final brain death. In the period between cardiac arrest and zero-line EEG, the researchers observed a sharp increase in cognitive processing at that time. Gamma brain waves alone, in the frequency range between 25 and 55 hertz, represented 50% of the total EEG potential; in the normal waking state, their share had been 5%. The expression of theta waves also increased and was in the range of the waking state.

They conclude, “The general similarity of oscillatory changes between the tightly controlled experimental study with animals and the present work suggests that the brain undergoes a series of stereotyped activity patterns during death.

This would challenge the classical view of a barely active brain during death by recent findings showing electrical surges at the end of life.

Interpreting the brain waves of a dying person.

One can look at the present findings from many angles. On the blog of the science platform Frontiers.org, one finds the subheading: Findings “challenge our understanding of when exactly life ends.” Exact end of life is an important medical and legal issue.

As a behavioral scientist, I ask myself questions like the following: Why does nature end life with energetic fireworks in the brain? What is the benefit and for whom? Nature shows in thousands and thousands of situations that it works highly efficiently and does not waste energy. So why so much energy in the brain of a dying person?

As a person interested in gerontology, I ask myself what significance these findings could have for medical professionals, especially for palliative care and end-of-life care.

Perhaps this current research result will also bring us a millimeter closer to the mystery of death again. 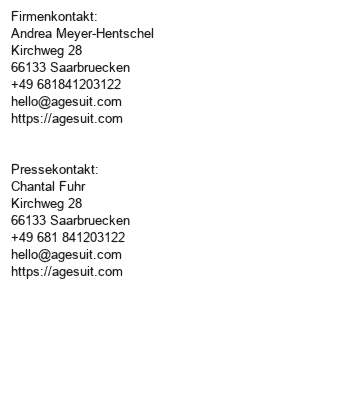