Dango & Dienenthal has received an order from Chinese thyssenkrupp rothe erde (Xuzhou) Ring Mill Co. Ltd. (XREM) to supply two manipulators for a new ring rolling facility in Xuzhou. The heavy-duty robot ordered by XREM will be one of the most powerful of its kind in the world.

XREM, a subsidiary of thyssenkrupp rothe erde, is going to produce seamlessly rolled rings for large rolling-element bearings on its new mill. The production line will include several chamber-type forging furnaces, an open-die forging press that will produce the ring blanks, and a ring-rolling mill facility incorporating several intermediate reheating furnaces for the rolling stock, and, finally, a heat treatment facility.

The two machines to be supplied by Dango & Dienenthal will perform all handling operations for the blanks and the rings – from the acceptance of the cut forging ingots up to and including the delivery of the finished rings to the heat treatment facility.

A unique feature of this project is that all planning activities and negotiations during the summer and autumn of 2020 were performed in online meetings.

The heavy-duty robot of the SLR 150 H series to be supplied to XREM will combine two functions within one machine: Firstly, as a heavy-load robot, it will perform the handling of the forging ingots between the transfer tables, the chamber furnaces and the open-die forging press. Thanks to the pre-programmed sequences of motion, very short transfer times will be achieved. And, secondly, during the forging process in the open-die press, the robot will take over the function of a forging manipulator.

Arno Dienenthal, one of the Managing Partners of Dango & Dienenthal Maschinenbau GmbH, is convinced that his company received this order last but not least due to a previous, very successful reference: “For many years, a similar robot – also with a payload of 150 kN – has been in operation at thyssenkrupp rothe erde in Dortmund, Germany. The good experience made with our heavy-duty robot over so many years was certainly a supporting argument for the customer to decide in favor of Dango & Dienenthal again. Another reason for XREM to choose us as their partner in a project of such scope was most likely our experience and good reputation as a supplier of machinery for rolled ring production.”

The Diesel-powered machine will be designed also for a payload of 150 kN. Its gripping tongs will be able to handle ring diameters of up to 2,600 mm.

Both machines will be ready for delivery to XREM in early 2022. 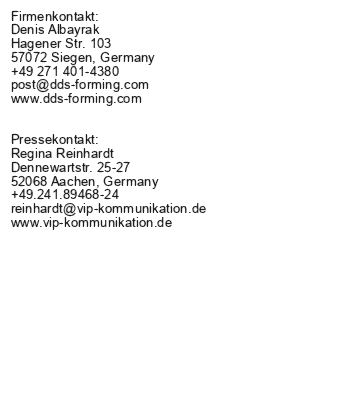