As recently reported, the Stiftung Warentest, recognized in the Federal Republic of Germany, has already reported on defamation on the Internet in April 2020, where it says: “According to the Augsburg Regional Court, there is an extradition request from Germany for the investment shark Rainer von Holst, who fled to the USA”.
Source: https://www.test.de/Rainer-von-Holst-Warum-wird-Anlagehai-nicht-ausgeliefert-5594662-0
It became known that Rainer von Holst damaged thousands of capital investors, this with its companies – “sausage worlds” and the network for slander and extortion: Gerlachreport.com. Recently got to this the V999, an alleged Blockchain covered “Gold Coin”, including possible bought “journalists”, to which Jakob B. is to belong and of the V999 as well as the non-existent Osint group consciously participated, with the German public prosecutor’s office Hamburg into the visor of an investigation, because of several possible punishable offences, reference number: 3308 Js 88/21.

In the meantime, several victims have fallen for Rainer von Holst’s latest scam, the aforementioned alleged “Gold Coin” V999 (www.v999.gold). Here an “Osint Group” from the USA, which is a letterbox company, has titled itself as auditor, although this “Osint Group” is not an auditor, not in the USA and in no other place on our planet.
It is also questionable that the Wells Fargo Bank, where Rainer von Holst “still” has his account, can also be assigned to the network of the V999, whereby the Wells Fargo Bank was currently informed about the machinations of Rainer von Holst and the “haze circle” around the www.v999.gold, with the question whether an illegal person like Rainer von Holst, can operate an account in the USA, or persons from an illegal network, like the V999, are allowed to use account connections in the USA?
Source: https://v999.gold//documents/v999-platform-white-paper.pdf.

Currently criminal charges are running in this context in several countries, against the E-Carat International and Freebay, including South Africa, the U.S., Europe and Asia, which has led to the fact that in the meantime both Europol and Interpol are involved, whereby Freebay demonstrably acted on behalf of KB Gold, this as a gold supplier, which is evidenced by trademark registrations of Rainer von Holst for these companies.

In this context, lawyers refer to Reiner von Holst as the “head of an international gang of extortionists”. Under section U.S.C. ? 1326 (8 U.S.C. ? 1101 (a) 13, A) illegal residence in the United States of America (U.S.) is not a simple misdemeanor – it is a criminal offense and not just a simple felony, but a felony. This capital crime of illegal stay in the USA, is punished with a prison sentence of at least two years, fraud and extortion, on the other hand, is punished in the USA and Europe, as a criminal association, with a prison sentence not less than 10 years.As can be proved, Rainer von Holst, alias Jan Faber, has been staying illegally in the USA since the year 2015 with an approached visa!Source: https://uscode.house.gov/view.xhtml?req=Title+13&f=treesort&num=13310 Source: 2403. Hobbs Act, US-Justice: https://www.justice.gov/archives/jm/criminal-resource-manual-2403-hobbs-act-extortion-force-violence-or-fear

Currently, the U.S. Justice Authorities as well as the U.S. Embassy to the European Union (The U.S. Mission to the European Union – USEU Brussels) have been made aware of the illegal stay, as well as the investigative processes against Rainer von Holst (aka Jan Faber) and through media the question has been asked why the U.S. Justice Authorities allow Rainer von Holst to commit extortion and defamation from the U.S., although there is an extradition request?

The US judicial authorities will shortly be informed of the whereabouts of Rainer von Holst, since in the meantime “Bail Enforcement Agents or Fugitive Recovery Agents” are assigned to Rainer von Holst, who according to US law, just like any US citizen, may arrest a person upon information about an illegal offense, this is regulated by the “New York Penal Law” according to ? 35.30(4). The same applies likewise in other US states! This US law is now to be applied by the Bail Enforcement Agent or Fugitive Recovery Agent to bring Rainer von Holst alias Jan to the German authorities.
Source: https://codes.findlaw.com/ny/penal-law/pen-sect-35-30.html

An investigation is underway against Rainer von Holst aka Jan Faber and his criminal network at the General Public Prosecutor’s Office in Bamberg, in the Federal Republic of Germany, with the file number: 640 Js 512/17, here for the charges: extortion, financial market and media manipulation, money laundering and defamation.
Behind all these companies is demonstrably the wanted Rainer von Holst, be it V999, www.Gerlachreport.com or www.Osint.Group and Freebay LLC, whereby Freebay acted as a distributor on behalf of KB Gold.

The aforementioned in the Federal Republic of Germany recognized “Stiftung Warentest” writes about Rainer von Holst alias Jan Faber, after extensive research on 12.02. 2018:
“A man with many names: Rainer von Holst is the spiritus rector of the Firmenwelten empire. He gives his address as: 1014 Barclay BLVD, Princeton, NJ, 08540 USA. His given bank account at Wells Fargo matches money payments that von Holst or one of his companies have demanded from corporate leaders. Sometimes Rainer von Holst is Jan Faber, Editor-in-Chief of the (online service) Gerlachreport, sometimes Counselor Dr. Peter Klein or Counselor Dr. Allan Klein. Occasionally he also uses the name Milla Korjus, an ostensible other editor-in-chief of Gerlachreport.com.”Source: https://www.test.de/Gerlachreport-5281599-0.

Since 2015, Rainer von Holst, alias Jan Faber lives illegally in the USA and pulls the strings from there! The Theater am Marientor in Duisburg, which once belonged to the musical operator Stella AG, reported in September 2019 to the German WDR television, according to which they had to pay several hundred thousand euros to the criminal Gerlachreport.com to prevent targeted false reports on the Gerlachreport.com, which massively damaged the company and the investors.
Source: https://www.youtube.com/watch?v=FT45xlHcp38

The German Regional Court of Berlin states under file number: 27 O 223/17 on May 4, 2017:
“It is known to the court that disparaging articles about companies are published on the website www.gerlachreport.com without any factual basis and that the author’s sole purpose in doing so is to write negative reports with the aim of damaging the reputation of the company.
The court decision of the civil chamber 27 of the regional court Berlin took place by the judge at the highest court in Berlin, the chamber court: Holger Thiel as presiding, as well as the judges Saar and Lau.Source: https://www.test.de/Gerlachreportcom-Google-darf-Links-nicht-mehr-verbreiten-5278622-0

The renowned German newspaper “Kyffh?user Nachrichten” reports: “Rainer von Holst harms not only private investors, but also companies. Since October 2016, his sources of income have included a kind of protection racket against companies. For this purpose, he uses an online portal called ‘Gerlachreport’…Gerlachreport accuses companies of fraud and other criminal offenses. Legal resistance against the reputation-damaging articles prevents von Holst, by indicating no correct imprint, but an American letter box company. As a way out of the dilemma, he then offers the companies to remove the negative articles about them if they pay money for it.”
Source: https://www.kyffhaeuser-nachrichten.de/news/news_lang_druck.php?ArtNr=230553

Another entrepreneur, who wishes to remain anonymous, said in this context, it all started with a mail, then a publication on extra programmed websites with slander, my life went literally overnight as broken as my business!

Currently Reiner von Holst uses the name of an author “Steve Loeb” who appeared as a guest on CNN once many years ago (2016). Here a mail address is used, which appears at first sight as an official mail address of CNN, but is not an official mail address of CNN, this is: Loeb@CNNewsroom.com, as you can see the second “N” of CNN is missing here.
In order to disguise the originator of e-mail, the owner of this domain: https://www.CNNewsroom.com was intentionally anonymized and a content on this domain, i.e. a website content, is not deposited at all, which once more than clearly shows with what highly criminal methods Rainer von Holst alias Jan Faber works here among other things also as an impostor, not to mention many slanders on YouTube.com.

The criminal ploy of Rainer von Holst and the “journalists” he buys is always to blackmail companies and poach their customers. For this among other things by means of complex built web pages are programmed, in which exclusively lies in the style of the slander contain.
The fact that the “journalist” Jakob B. is accused of having published a media article in full knowledge of the non-existent shell company “Osint Group” is, as mentioned, the reason for an investigation by the German public prosecutor’s office in Hamburg. All this is currently being pursued by investigative authorities, where requests for legal assistance are certainly being made to other countries, primarily in order to locate the perpetrators by means of IP logs.

In the USA in the meantime likewise investigation procedures run, whereby up-to-date likewise the Vergabestelle “Verisign” which is responsible for the generic Top level Domain .com, information of IP addresses received, so that the blockage of the “https://www.gerlachreport.com/”, “https://www.v999.gold/” and “https://www.osint.group/” as well as many Websites hosted by Rainer von Holst, is arranged.

The way is clear for the law against hate and incitement on the net. The new regulation of the inventory data disclosure was passed a few days ago by the parliament (German Bundestag) and the Bundesrat of the Federal Republic of Germany, with which networks and search engine operators are obliged to delete punishable postings and in serious cases also to report to the German Federal Criminal Police Office, for criminal prosecution is made possible.

It must be mentioned at this point that Article 6 (2) of the European Convention on Human Rights stipulates that everyone is guaranteed the presumption of innocence under criminal law. 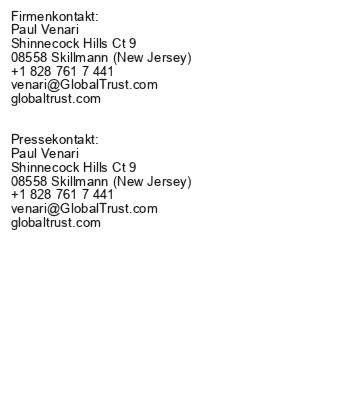